History: Russian ambassador to USA calls for preserving memory of WWII and meeting on the Elbe 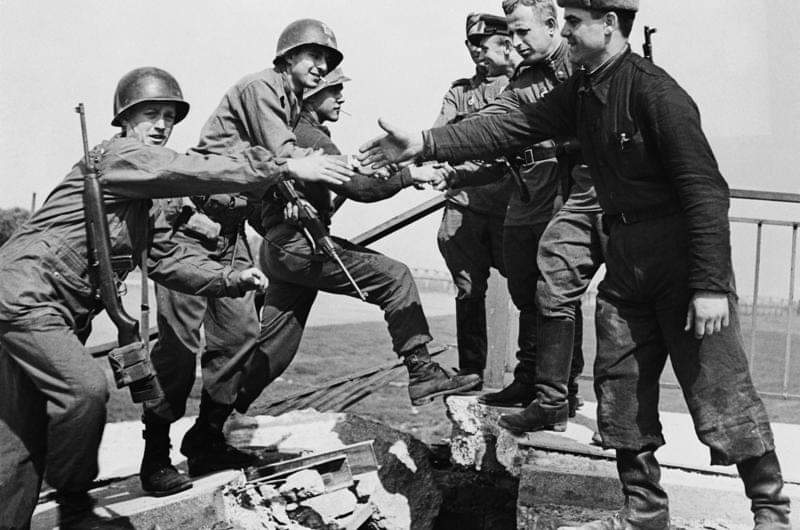 Russian Ambassador to the USA Anatoly Antonov has called on his compatriots and US nationals to preserve the memory of the Second World War and the meeting between the Soviet and US forces on the Elbe on April 25, 1945, he said on Friday in an interview with FOX31 TV channel.

“It seems to me that we have no right to forget about that time,” he said. “We should remember, we should respect, we should say to them, ‘Thank you very much to those sacrificed with their lives,’” the diplomat added.

The TV channel informs that a group of WWII veterans, led by the Denver-based charity The Greatest Generations Foundation, planned to visit Russia in May to take part in the Victory Day celebrations. The visit was postponed due to the novel coronavirus pandemic.

“I’m sure that the time will come when we organize this parade. Some of (the veterans) will come to Moscow and they will enjoy with us this spirit of friendship, cooperation and so-called ‘brothers-in-arms,’” Antonov noted.

The Russian ambassador expressed hope that the entire world would honor the veterans from both countries this weekend. “Because it’s our history. We lost too many people,” he stressed.

John Raughter from The American Legion earlier told TASS that no national events were planned for Elbe Day amid the pandemic, but the veteran organization was planning to “significantly address the ending of World War II in all of The American Legion national media platforms”. The events are scheduled up until December 31, 2021.