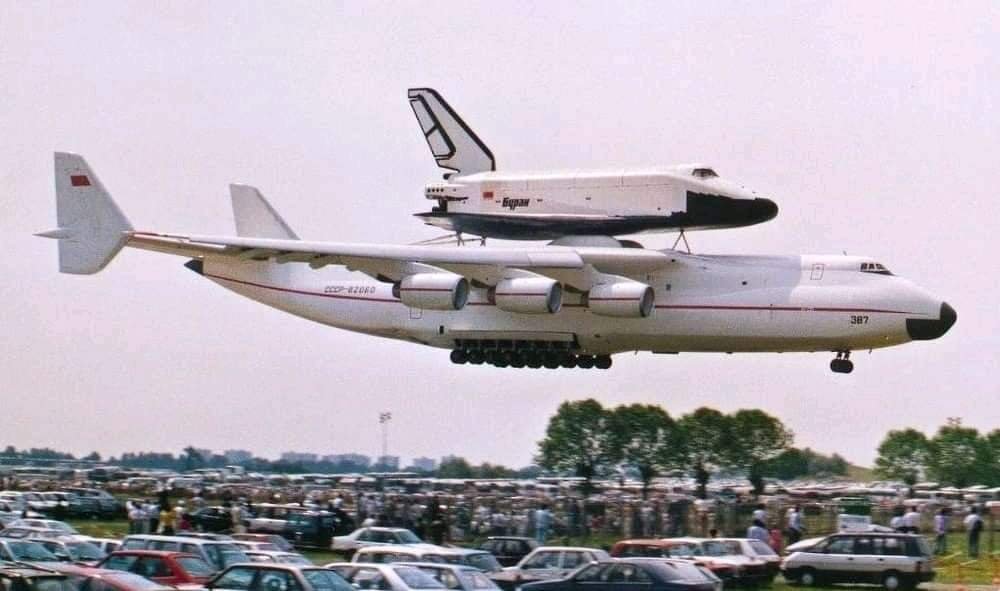 Before the fall of the Soviet Union to solve the problem of transporting rockets and other large space vehicles to the Baikonur Cosmodrome for Buran program. M-4 bomber was modified to ferry the load in 1982 but its loading capacity was 50 tonnes.

For larger cargo Antonov modified An-124 to make 2 Antonov An-225 for Buran program with a maximum take off weight of 640 tonnes.

Antonov An-225 is owned by both Russia and Ukraine government .

A second An-225 Mriya with a slightly different configuration was partially built.Its construction was halted in 1994 due to lack of funding and interest, was later revived briefly in 2009, bringing it to 60–70% completion.

On 30 August 2016, Antonov agreed to complete the second airframe for Airspace Industry Corporation of China as a prelude to commencing series production later the Chinese abandoned its plan

Unfortunately An-225 was damaged during air laid by Russian air force . Russia says it will repair it after the war is over.