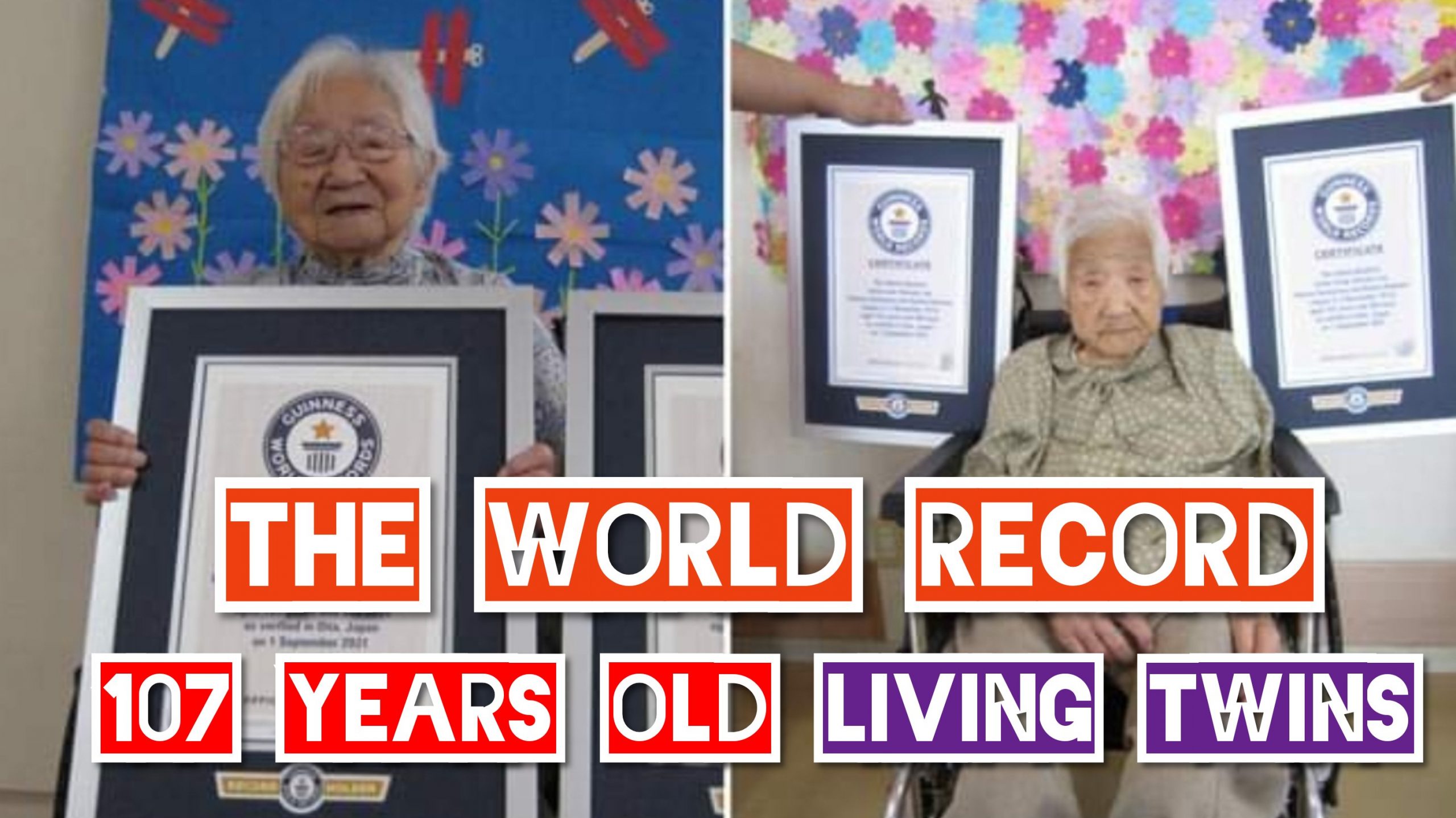 This story is very delightful. Two Japanese sisters who are 107 years old have been recognized as the oldest living identical twins recorded to date, which Guinness World Records Japan declared on Monday.

Both, Umeno Sumiyama and Koume Kodama were the only two to have their records officially recognized in September 1st, surpassing Japanese centenarian twin sisters Kin Narita and Gin Kanie, who had the record for one hundred and a half years. Narita died in 2000, while Gin Kanie passed away in 2001.

The twins that set records before them were affectionately referred to as Gin-san or Kin-san. They were quite popular in Japan and appeared on numerous TV shows and in commercials.

Information about the twins, Sumiyama and Kodama were both born on Nov 5th, 1913, at Shodo Island, Kagawa Prefecture, as the fourth and third of 11 siblings. They separated after graduating from primary school since Koume went to help her uncle.

Umeno got married to a person on Shodo Island, while Koume married someone not from the island. However, when they reached their 70s, they started making a trip for the 88 shrines that are located on Shikoku island, as per the sources.

As they were getting older, the twins had joked about trying to beat records set by Narita and Kanie as per Guinness World Records.

According to their relatives, they are social and optimistic and don’t think too much about minor issues. It appears that Umeno is more assertive and a bit bolder, whereas Koume is more gentle.

The sisters are in separate nursing residences. Sumiyama was tearful upon receiving an award from the centre’s staff; however, Kodama, who has memory loss, had trouble understanding the meaning behind the award, according to a Guinness World Records press release.

A record number of citizens aged 100 and above in Japan that has one of the fastest ageing populations anywhere in the world was estimated at 86,510 in the last week, according to the Health, Labor and Welfare Ministry declared this week.