Snake crawl up under my mother-in-law’s feet 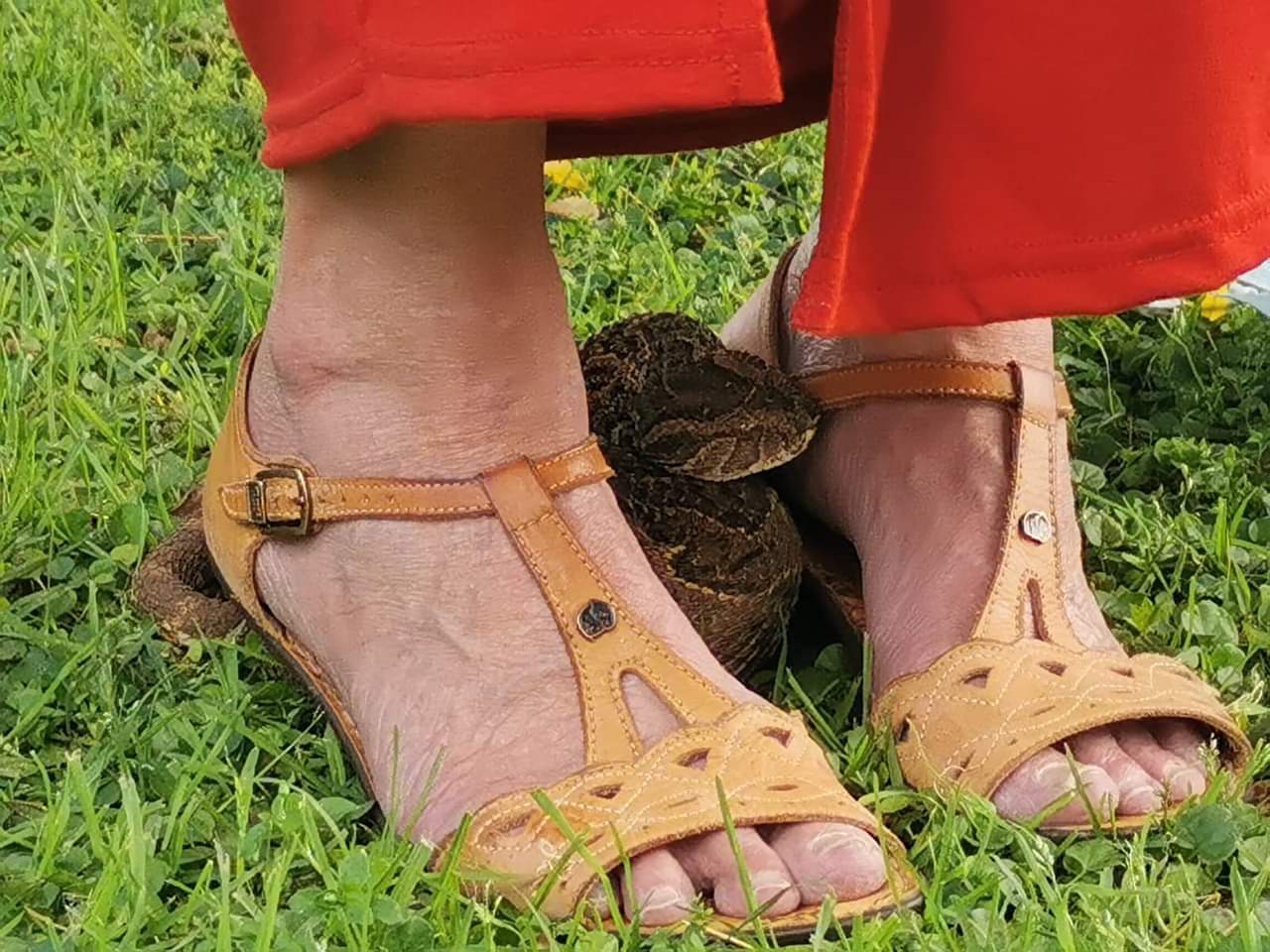 Hi guys,
We had this visitor crawl up under my mother-in-law’s feet about two months ago while we were eating lunch outside on a farm.

She felt something moving over her feet and thought it was the dog. But then she saw the dog running at the gate and realized that it might be a snake.

She managed to keep calm and sit still while calling for help. When I came walking around to check what it was, the puffadder was quite defensive – hissing, ‘puffing’ itself up, lying in the typical s-shape before a strike. We moved the table, people and dog away hoping that it would calm down. Fortunately it did. That’s when we took the photo to send it to a game warden that we know for advice on what we should do.

I brought a drain-pipe and put it next to the puffadders head, hoping that it would go into the dark hole (it’s worked well with a rinkhals). But the puffadder didn’t move at all. It was as if it thought that we couldn’t see it anymore.

In the end my mom moved her feet away one at a time – veeeery slowly. The left foot was very stressful, because at that point the puffadders nostrils was literally touching her ankle. We got her up and away safely. Then we encouraged the puffadder to go into the pipe with a few pokes from a broom, closed the pipe up and drove it +-7km away before letting it go again.

We did a), but in hindsight I think b) makes more sense. But I’m no snake expert – that’s why I’m posting this here!