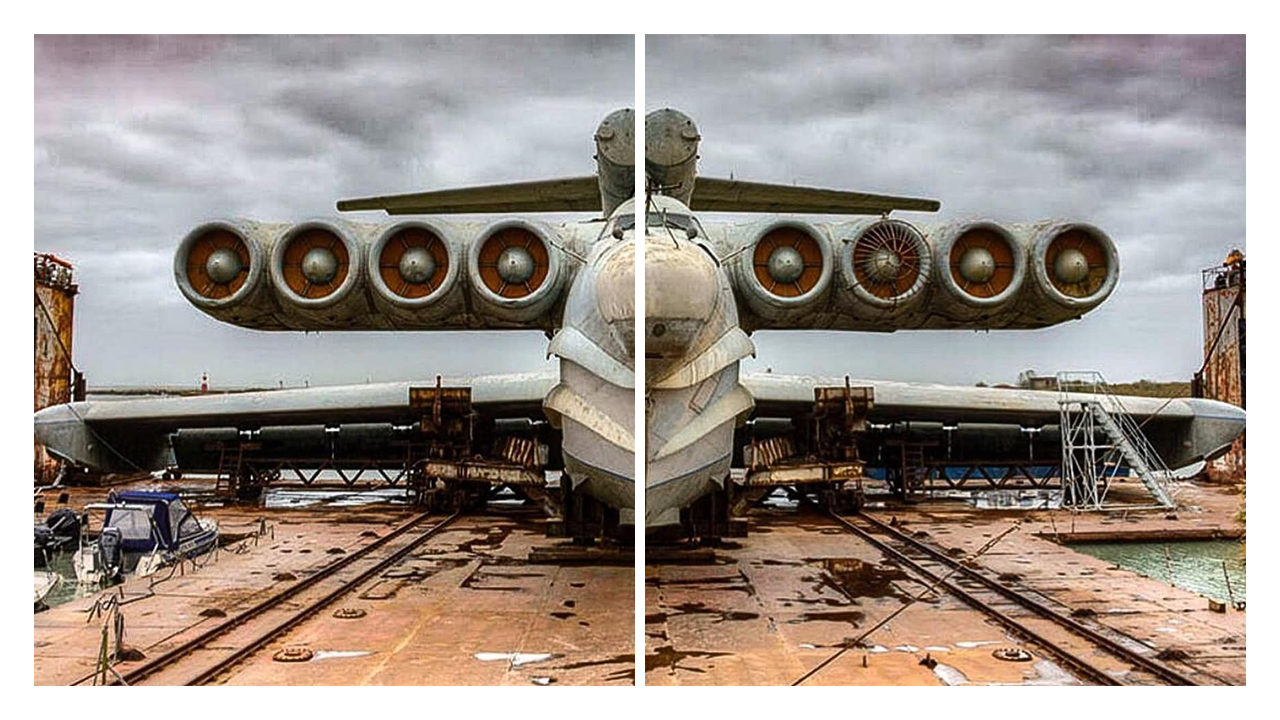 Back in the mid 1960s, the British and the Soviets had some difference of opinion when it came to designing an aircraft capable of transporting 50 passengers.

The people of Hawker-Siddeley, in typically prudent British fashion, erred on the conservative side.
They designed a straight-winged turboprop that, while slow and a bit frumpy-looking, was economical and successful, ultimately culminating in a production run of 380 aircraft.

The Soviets, particularly those employed in the Central Hydrofoil Design Bureau, had a rather different take on the mission.

Eschewing anything resembling economy, common sense, or Earth-based design, they checked their self-restraint at the door and came up with this, the “Caspian Sea Monster.”

Because the monstrosity was an “ekranoplan”, or ground-effect vehicle, it was designed to fly on its own cushion of air, at an altitude of only 16–33 ft (5-10m).
To be fair, the thing was entirely experimental, and was being evaluated not just for passenger transport, but also for various military duties.

Indeed, despite its massive size, its low cruising altitude meant that it could theoretically sneak underneath enemy radar at a speed of 270 knots.

The Soviets tested it for fifteen years, undoubtedly terrifying innocent fishermen and sailors as it screamed past like a low-flying spaceship from Hell.