The end of Bruntingthorpe 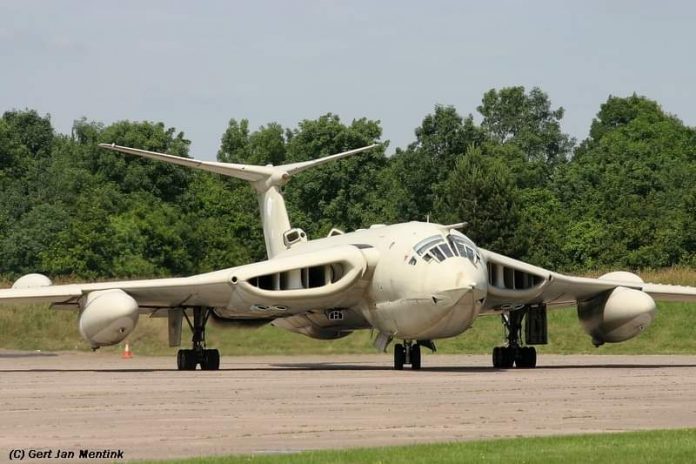 For months, rumours about the future of Bruntingthorpe airfield (UK) have been buzzing around. Almost coinciding with the COVID-19 lockdown, it was officially announced in April 2020: the curtain has fallen.

The homebase of the well known Cold War Jets Museum and the Lightning Preservation Group was closed and is very unlikely to be reopened. The site, notorious for these collections and their fast taxi runs, has found a new owner. The company, Cox Automotive, has bought the premises from the previous owners, C. Walton Ltd. Cox recognises the concern within the aviation community, but indicates that aviation is “not itsr business”.

Mr David Walton, one of the owners of C. Walton Ltd, is currently exploring possibilities to construct new buildings adjacent to the LPG ‘Q Shed’ (QRA – Quick Reaction Alert hangar for their Lightnings). These new buildings would be meant to house some of the collection and safeguard the collection’s future now it is excluded from the Cox Automotive lease. News of any progress on this front will be released by Mr Walton if and when available. As an exception to the closing, it remains the intention of Cox Automotive to hold the planned Cold War Jets Fast Taxi Day in August. Of course this will be subject to COVID-19 regulations in that month.

The change of ownership of the airfield means most of the aircraft will have to move. This will almost certainly be the death blow to the larger machines in the collection. Finding a new home for them is one thing, but funding their disassemblies and transport to a new home would be something else.

One of the groups active within the Cold War Jets collection is the VC-10 Preservation Group, which has been taking care of VC-10 K4 ZD241 (G-ASGM). In the past five years its volunteers have worked on ZD241 and made it possible to perform fast taxi runs. Another VC-10, ZA147, resides there too. It is said to be destined for St. Athan. The cost of preserving an aircraft of this size is enormous. Disassembly and road transport can be done, but it would take GBP 300,000! The deadline is near: the group has been given notice to have ZA147 & ZD241 moved from Bruntingthorpe by the end of October 2020.

The Buccaneer Aviation Group, owner of ‘taxiworthy’ Buccaneers XW544 and XX894, has even less time: it has to move before the end of September. The group has made arrangements to relocate to Kemble, but still need almost GBP 19,000 to get its Buccaneers there.

But is there a future for the Victor, the Comet, the Boeing 747, the Nimrod, the Shackleton, and the Super Guppy? Most likely not …. unless a miracle happens, these historic aircrat are destined to be scrapped. Then, once more, important examples of Britain’s aviation heritage will be lost for ever.