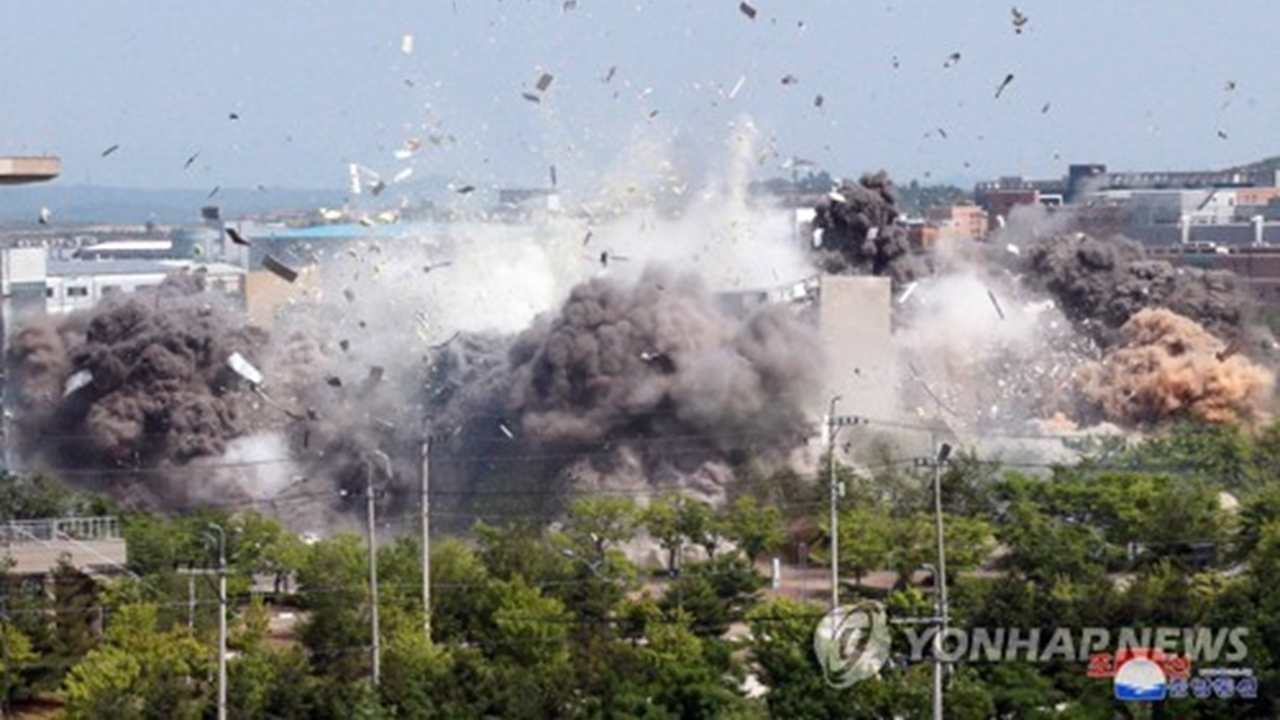 The decision to move troops to the now-shuttered industrial complex in the border city of Kaesong and the Mount Kumgang tourist zone on the east coast are the latest in a series of actions the North has taken against South Korea in anger over anti-Pyongyang leaflets.

The General Staff of the Korean People’s Army also said it will resume “all kinds of regular military exercises” near the inter-Korean border in an apparent move to abolish a tension-reduction military deal the two Koreas signed in 2018.

“Units of the regiment level and necessary firepower sub-units with defense mission will be deployed in the Mount Kumgang tourist area and the Kaesong Industrial Zone where the sovereignty of our Republic is exercised,” a spokesperson of the General Staff said in a statement carried by the Korean Central News Agency.

“The artillery units deployed on the whole front line including the southwest naval front will reinforce those on combat duty, upgrade the level of the front guard duty to top class combat duty system throughout the front line and will resume all kinds of regular military exercises in the areas close to the boundary,” the spokesperson added.

The official said that “civil police posts” that had been pulled back from the Demilitarized Zone straddling the inter-Korean border under a military deal “will be set up again to strengthen the guard over the frontline” and open areas along the border to support leaflet-sending by its own people into the South.

The General Staff will “work out these military action plans against enemy in more detail” and plans to present them to the Central Military Commission of the Workers’ Party for approval “at an earliest date,” the KCNA said.

“Upset by the toughest retaliatory offensive against enemy taken by us, the south side sent a message to the effect that ‘President’ Moon Jae In hopes for sending special envoys to the Chairman of our State Affairs Commission,” the KCNA said.

“Upon the urgent message sent by the south side in a hurry, Kim Yo Jong, first vice department director of the Central Committee of the Workers’ Party of Korea, made known the stand that we flatly reject the tactless and sinister proposal,” it added.

North Korea has taken a series of retaliatory action against South Korea, denouncing activists’ sending of leaflets criticizing its leadership and regime as an act that breaches inter-Korean agreements.

Pyongyang has vowed to deal with South Korea as an “enemy,” cutting off all cross-border communication lines, and threatened to take other measures, including military action. It also has threatened to dismantle a now-shuttered joint industrial park in Kaesong and scrap the 2018 military deal the two Koreas signed to reduce cross-border tensions.

On Tuesday, the KPA’s General Staff warned that it is reviewing an action plan to advance into “the zones that had been demilitarized under the north-south agreement, turn the front line into a fortress and further heighten the vigilance” against the South.

It did not elaborate on where the border areas would be, but they seem to be referring to regions around the western border town of Kaesong and Mount Kumgang on the east coast from which the North previously withdrew troops there as the now-shuttered joint economic and tour projects were under way.

In a surprise move later on the same day, North Korea blew up an inter-Korean joint liaison office in Kaesong in anger over the leafleting issue. The explosion sparked concern that the North could put other threats against the South into action, including taking military action.

South Korea expressed strong regret and warned it would sternly respond if the North takes more action to escalate tension.

The demolition of the liaison office marked the latest setback in inter-Korean relations, which have been almost stalled since a no-deal summit between Pyongyang and Washington in February last year.

Last October, North Korea demanded the South tear down all “unpleasant-looking” facilities at the now-shuttered Mount Kumgang resort on its east coast. Launched in 1998, the tour program was a symbol of inter-Korean reconciliation and cooperation but has been put on hold since 2008, when a South Korean tourist was shot dead near the resort for allegedly trespassing in an off-limits area.