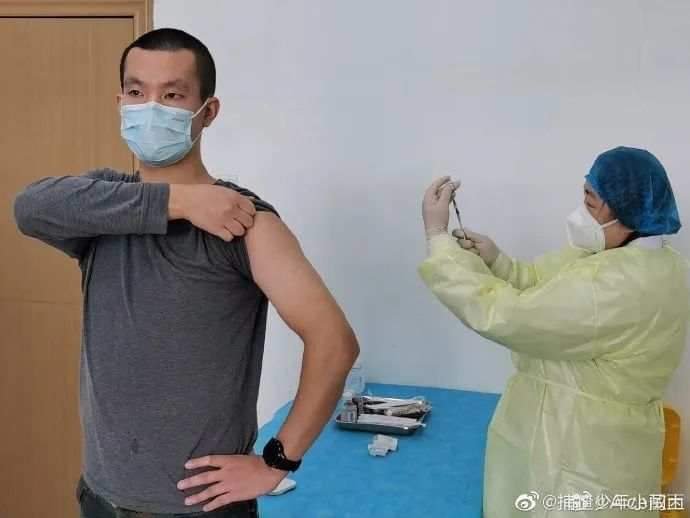 A group of 108 volunteers has taken the first vaccination in the first phase of a clinical trial for a #COVID19 vaccine. Selected under strict procedures in Wuhan, some of them have shown fever symptoms, but they remain calm and confident in this battle.

The vaccine was developed by Tianjin-based biotech company CanSino Biologics Inc. and a research team headed by Chen Wei, an expert in biological hazard prevention and control from the People’s Liberation Army (PLA) Academy of Military Medical Sciences and a major general in the PLA.

Freelance filmmaker Chen Mengqiao, 34, registered to be volunteer for the vaccination trial on Mar. 16. Four days later, he became one of the few to receive the vaccination.

The 108 volunteers, all Wuhan residents between the ages of 18 and 60, were divided into three groups, each of which received different doses of the shots.

“Because each person has a different situation, most volunteers are classified in the low-dose group, and I am in the middle-dose group,” Chen said.

One must go through a series of strict physical exams before they can receive the shot.

“Strictness is a good thing, because it means that the expert group is responsible,” said Zhu Aobing, a 27-year old veteran. “After each test, the expert group uses a book for recording each physical examination index, and carefully asks about past medical history, blood transfusion history, and whether I have been in the ICU.”

After the injection, Chen, like many volunteers, began to have a fever. “It rose for a day, up to 37.8 degrees. This is normal and may indicate that the immune system has responded,” he said, adding that his body temperature has returned to normal.

Zhu, a low-dose receiver, did not report any uncomfortable symptoms and he does not have a fever, but as a smoker, he has the extra challenge of having to stop smoking during the trial and must follow a designated diet during the quarantine.

The diet features meat, rice, vegetable, and fruits, as well as coconut juice, according to Chen, who continues to share his life in quarantine. “I am going to get fat,” he joked.

In addition to their 14-day quarantine at home, they are required to keep in touch with doctors for the next six months and they must test their blood a week after the injection, then again a half a month later. They should also have their blood tested after one month, three months, and six months, respectively.

“As a Wuhan resident and a veteran, I am obliged to volunteer and my entire family supports me. This is what I should do,” said Zhu. (By Dai Xiaoyu)