Anonymous Warns Citizens Of The World About Coming Global Lockdown 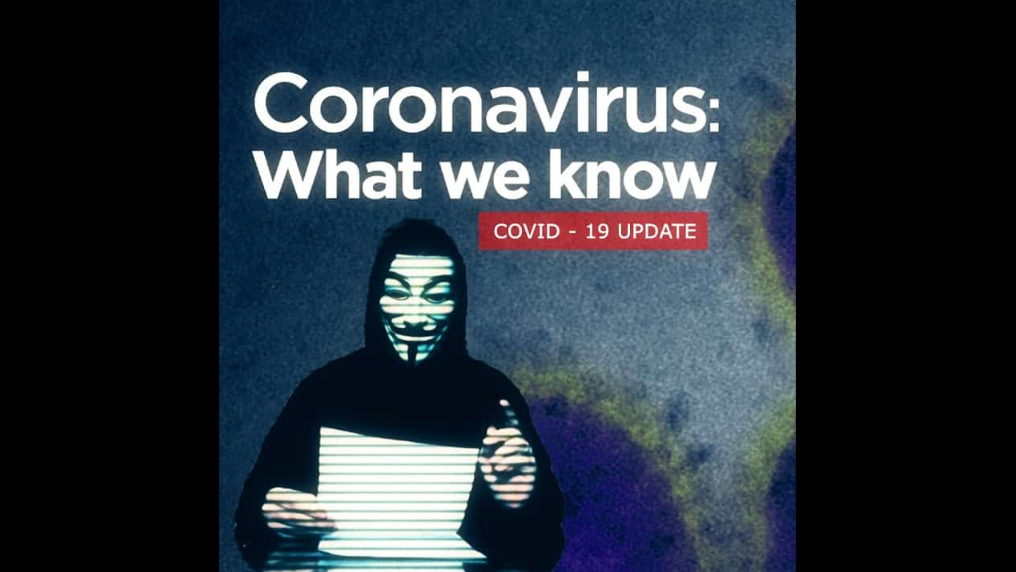 Greetings citizens of the world. This is Anonymous.

The COVID-19 coronavirus has quickly spread to nearly every corner of the planet in just a few months, and the people of the world don’t seem to be taking things very seriously until it ends up in their own back yard. The whole world has had at least 2 months to prepare for this, but many people ignored the situation, thinking that it would remain in China and would never have an impact on their personal lives.

As quarantines were imposed in China, with cities of millions on lockdown, westerners condemned the heavy-handed tactics of the Chinese government, and assured themselves that nothing like that could ever happen in their home country. In just a few short months, the situation has changed rapidly, and drastically, with researchers and epidemiologists around the world warning that we could be in for the most destructive pandemic since the influenza outbreak of 1918, which killed between 30 and 50 million people over two years and infected roughly 27% of the world’s population.

As citizens in the west slowly come to grips with the gravity of the situation they are facing, their governments aren’t behaving much differently than China. In fact, The World Health Organization has praised China’s response to the crisis, saying that the country has “set a new standard” for outbreak response, and urging other countries to follow its lead in fighting the outbreak.

This week, Italy has taken this advice and has placed the entire country of 60 million people on quarantine. People have been ordered to stay indoors throughout the entire country, and large gatherings of any kind have been banned. Even smaller gatherings like funerals have also been banned. At least 50 people in Sicily are facing serious criminal charges after breaking the quarantine order for having a funeral with a loved one.

There is also concern that people inside the Italian quarantine zone are being left to fend for themselves.

As more people are getting tested in Europe and The United States, it is becoming apparent that this virus gained a foothold on every continent, aside from Antarctica, of course, and so other western countries are now starting to think about how they can quarantine their own populations. In the US, where citizens insisted that something like this could never happen on American soil, the National Guard was called to a region of New York that has become a new epicenter for the virus on the east coast.

New York Governor Andrew Cuomo insists that the National Guard is only there to help deliver supplies and “clean up,” but the presence of military troops certainly has many local residents on edge. It was also reported that Cuomo was using prison labor to make large volumes of hand sanitizer to make up for the recent shortage, so it is understandable if some citizens suspect veiled threats behind his flowery promises.

It was also announced that Georgia, in the southern United States, will be turning a portion of a state park into a quarantine zone for coronavirus patients. Shortly after the virus arrived in Georgia, the state’s Governor, Brian Kemp, announced that state officials were preparing Hard Labor Creek State Park in Morgan County for isolating and monitoring patients who may have been exposed to the disease caused by the coronavirus. This was intended to assure residents that something was being done to prepare, but this was not welcome news to some citizens, because getting quarantined in an “isolated section” of a place called “Hard Labor Creek” sounds like a straight-up horror movie.

However, there are different approaches that can be taken, but people need to actually take this virus seriously and practice extreme social distancing to slow the spread of the illness. As the South China Morning Post noted in a recent column, South Korea has managed to handle the virus extremely well without city-wide lockdowns, by making testing and medical care as available as possible, and encouraging safe social distancing practices among citizens. We need to stay home as much as possible and avoid public spaces as much as possible until this blows over, and cancel large events voluntarily, of our own free will. These actions will help us to prevent the spread of the virus and it will leave authorities with no excuses to crack down on the population in the name of public safety. Will others follow their lessons? It doesn’t look they will.

We do not forgive!

We do not forget!