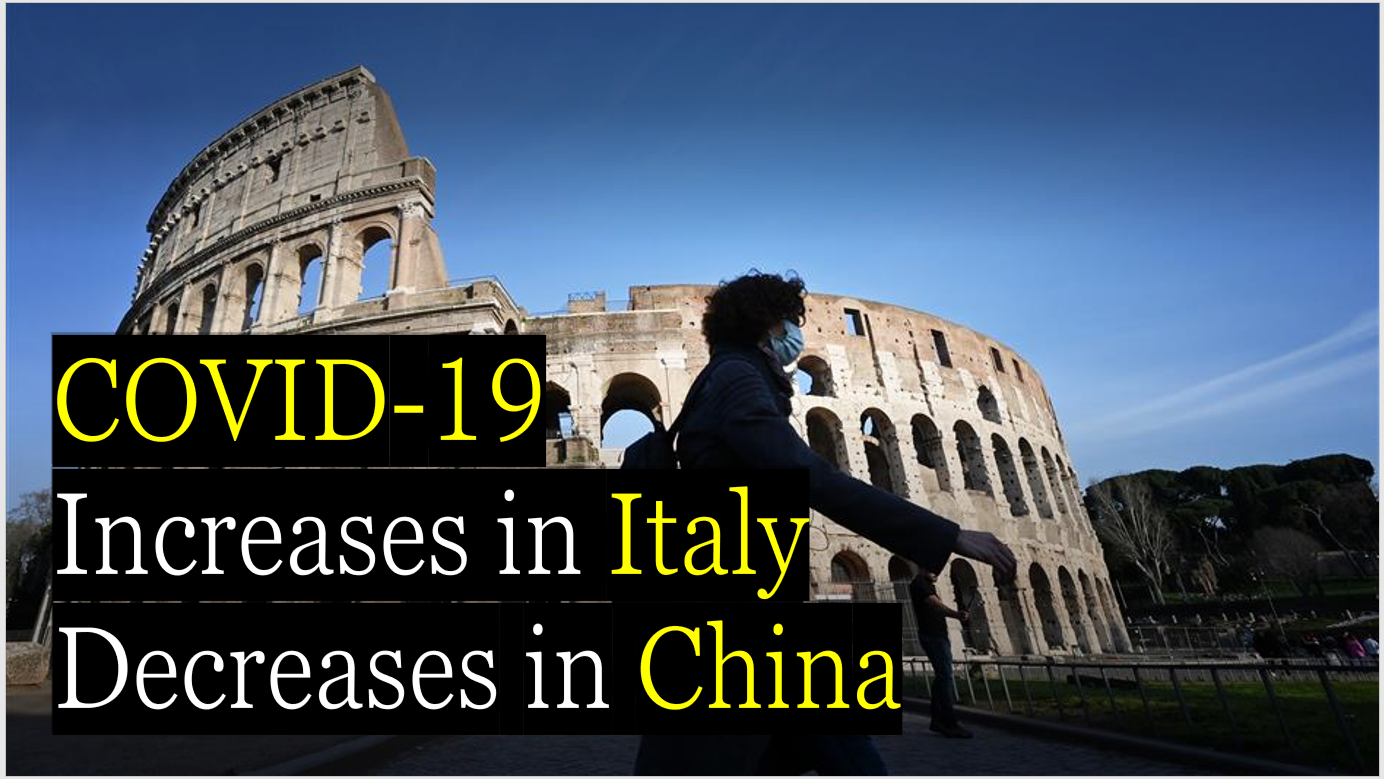 Locked-down Italy on Tuesday recorded its deadliest day of the novel coronavirus outbreak, as airlines halted flights and neighboring countries clamped down on borders of the worst-hit country outside of China.

On the world’s financial markets, stocks and oil bounced back on hopes of US economic stimulus measures, after suffering their biggest one-day losses in more than a decade on Monday.

Fallout from the virus has extended across society in countries around the world, with major sports events postponed or called off, cinemas shut and large gatherings banned.

On Tuesday, it spilled into US politics, with Democratic presidential hopefuls Bernie Sanders and Joe Biden both canceling campaign rallies.

Official figures showed daily infections in China are at their lowest level since record-keeping began in January, with 24 new infections and 22 deaths recorded on Wednesday, after a similar flatlining of cases in South Korea.

A slew of airlines announced they would cut all flights to Italy for the next few weeks, while a number of European countries announced the closure of schools and bans on mass public events.

Slovenia said it was closing its border with Italy, while Austria announced bans on trains and flights to the neighboring country.

French President Emmanuel Macron said Slovenia and Austria had made “bad decisions” with the drastic measures but warned that his country was “just at the beginning” of its outbreak.

In the Middle East, Iran registered 54 new deaths — the highest single-day toll so far in the country with the third-deadliest outbreak in the world. A total of 291 people have now died.

Turkey, a major hub linking Europe and Western Asia, registered its first case on Tuesday, as did the Democratic Republic of Congo.

Italy’s Prime Minister Giuseppe Conte told residents they should travel only for the most urgent work or health reasons.

While squares in Milan and Rome were emptied of their usual bustle and traffic, some residents were confused as to whether they were even allowed to leave their homes for everyday tasks like shopping.

The confusion forced the government to clarify its decree and warn against panic-buying.

Pope Francis also seemed to muddy the waters, holding a mass in which he urged priests to go out and visit the sick — something specifically discouraged by Conte.

Sport schedules have been wrecked across the continent. A day after Italy canceled all domestic sport, France, Spain, Germany and Portugal announced matches will be played in empty stadia, while some games in the Netherlands were canceled.

In a rare glimmer of positive news, the remaining guests at a hotel on lockdown in Spain’s Canary Islands left the building after a 14-day quarantine, to the cheers and applause of hotel workers and medical staff.

In the United States, reports have suggested President Donald Trump could be vulnerable after several senior Republicans quarantined themselves because they had been in contact with a virus sufferer.

Trump said on Tuesday he would be happy to get a coronavirus test but has been told there is no need.

“I feel very good but I guess it’s not a big deal to get tested and it’s something I would do,” he told reporters in Washington.

But the White House doctor declared there was “no reason to do it,” Trump added. “There’s no symptoms, no anything.”

There are concerns that the US could become another hotspot, with at least 26 deaths and 605 confirmed infections so far.

Trump had promised to announce “major” economic measures on Tuesday, but no concrete details had emerged by early evening.

In New York, the UN closed its headquarters to the public, while major US universities have been forced to cancel classes and move lessons online.

On the West Coast — where most of the US deaths have occurred — the Grand Princess cruise ship has docked at California’s port of Oakland, for more than 2,400 passengers to be taken into treatment or placed in quarantine, in a delicate, dayslong operation.