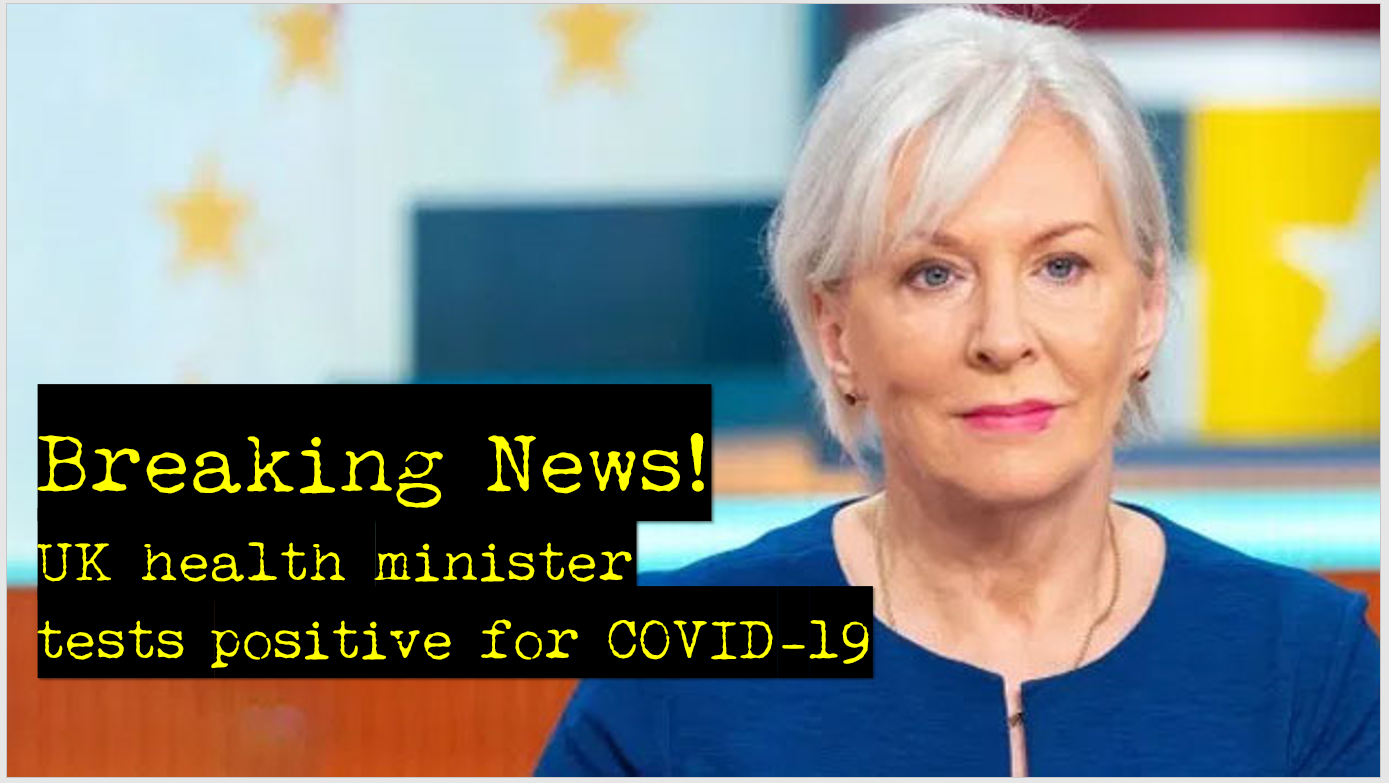 British MP Nadine Dorries, a minister in the health department, has t e s t e d positive for coronavirus, she said in a statement on Tuesday, raising concerns about whether s e n i o r government figures have been infected.

“I can confirm I have t e s t e d positive for coronavirus… and have been self-isolating at home,” said the Conservative MP.

Health officials are now trying to trace where s h e contracted the virus and who she has been in contact with, she added.

Six people have died in Britain from the virus, with more than 370 confirmed cases.

Dorries, who helped craft t h e legislation to fight the bug, is the first British politician to be diagnosed with COVID-19.

The Times reported that she had been in touch with hundreds of people, including Prime Minister Boris Johnson.

She fell unwell on Friday while signing the document t h a t declared coronavirus a notifiable disease, meaning companies could obtain insurance cover, said the paper, adding she was now believed to be on the road to recovery.

“I would like to thank… the wonderful NHS staff who have provided me with a d v i c e and support,” she said, referring to Britain’s National Health Service.

The shock news is likely to increase c a l l s to suspend parliament, despite the government’s reluctance to do so in t h e middle of a health crisis.

Her boss Matt Hancock, who is leading Britain’s response, tweeted that he was “sorry to hear N a d i n e has tested positive for coronavirus.”

“She has done the right thing by self-isolating at home, and both NHS and PHE staff have been brilliant. We all wish her well as she recovers,” he added. PHE refers to Public Health England.

“We will do all we can to keep people safe, based on the best possible science.”

Finance Minister Rishi Sunak will on Wednesday unveil the government’s first post-Brexit budget, with all eyes on emergency government measures to ease the economic pain from the coronavirus outbreak.

He is expected to give the state-run National Health Service whatever it needs to help combat the virus and promise temporary support for businesses hit by cash flow issues.

The Bank of England’s incoming chief Andrew Bailey last week said UK-based companies would need help in the face of disruption to supplies caused by the virus.

Budget airlines Ryanair and EasyJet said they will cancel all Italian flights until early April after the government ordered the entire country locked down because of the virus, leaving thousands of people unable to return home.